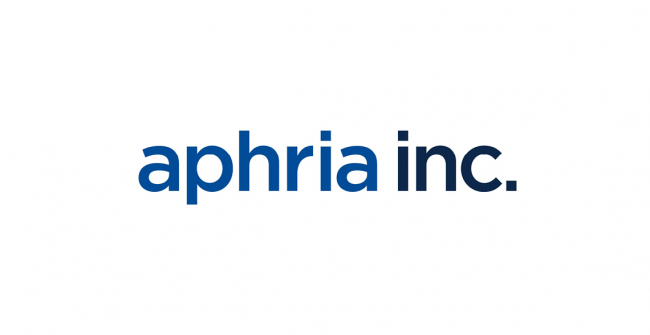 Aphria Inc. (“Aphria”) (TSX: APHA and Nasdaq: APHA), a leading global cannabis-lifestyle consumer packaged goods company, today announced that its holders (the “Aphria Shareholders”) of Aphria’s common shares (the “Aphria Shares”) at the special meeting of Aphria Shareholders (the “Meeting”) approved the previously announced arrangement (the “Arrangement”) under the Business Corporations Act (Ontario), pursuant to which, among other things, Tilray, Inc. (“Tilray”) and following the Arrangement, the “Combined Company”) will acquire all of the issued and outstanding  Aphria Shares. Pursuant to the Arrangement, the Aphria Shareholders will receive 0.8381 (the “Exchange Ratio”) of a Tilray share of class 2 common stock (the “Tilray Shares”) for each Aphria Share held, while holders of Tilray Shares (the “Tilray Stockholders”) will continue to hold their Tilray Shares with no adjustment to their holdings.

Irwin D. Simon, Aphria’s Chairman and Chief Executive Officer, who will hold these same roles with the Combined Company, commented, “I want to thank all Aphria Shareholders for voting and approving the Arrangement. We appreciate their support, as we believe the business combination will create a Combined Company with a strong financial profile, low-cost production, market share leading brands, distribution network and unique partnerships,.The Combined Company will  be increasingly well positioned to deliver a sustainable attractive return for our combined shareholder base.”

Closing of the Arrangement remains subject to certain customary closing conditions, including court approval and the approval of Tilray Stockholders.

Aphria Shareholders who have questions or require further information about the Arrangement may contact Laurel Hill Advisory Group, Aphria’s proxy solicitation agent, by telephone at 1-877-452-7184 (North American Toll-Free), or 1-416-304-0211 (Outside North America), or by email to assistance@laurelhill.com.